The Death Thing release from Double Life Press has been a wild and fun ride, for sure. I've done a number of readings and performances in support of Death Thing's release in Austin, TX. There will be many more.

I'm starting to look to the road, though. My good friend, Francois Pointeau, is hitting the road in an RV to do performances and sell his book and, hopefully, make a living. He's braver than I am. I can't live in an RV. I'd rather live across the street from a Whataburger. I may be joining him for some performances. He's heading west first. He's also starting a new podcast called The Rolling Chateau. It should be pretty damn good.

There have been a number of positive Death Thing reviews. Here's the list I have so far:

It's been an exciting ride so far.

Tonight I'll be at Opal Divine's for Noir at the Bar. Here's a Q&A I did with BookPeople's MysteryPeople.

I read Flesh House for the first time ever live at the Whip In for Bastille Day. I'm told there will be a podcast posted of it. I could hear the crowd undulating in disgust. It was magnificent. 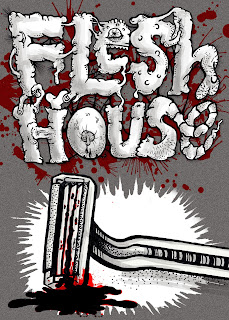 If you've kept up with me in Austin you know that my favorite fucking band in the whole world is Austin's own THE IF ONLYS. When I was doing Slagdrop, they were the band we went to for every one of our parties. We collaborated on writing Margaret & the Infestation as a play (more news on that very soon.) We did Two Cowboys Settle a Dispute as a live play. They released their album. This whole fucking paragraph is a link to their album. Pay what you want but don't be an asshole. Throw down a ten-spot, dogg.

Posted by Andrew Hilbert at 10:37 AM No comments:

The past couple days and the next few 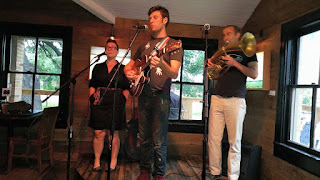 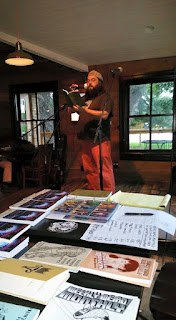 It was quite a night.

Francois is a local man-about-town. He's a bartender at one of my regular haunts, he's a radio show host, and a poet. I met him at Owen Egerton's One Page Salon at the Whip In almost a year ago now and we became fast friends. I was lucky to have him invite me on his radio show the first time in promotion of my chapbook Toilet Stories From Outer space and he invited me again to promote Death Thing yesterday. 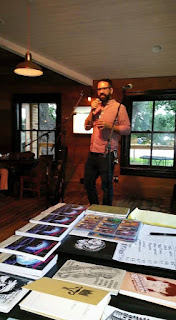 The first time I was on the radio, I was nervous. This time it was a breeze. Francois is good at making things feel like a conversation (albeit without all the cussing).

Anyways, I'm pretty exhausted. I knew I wanted to promote the hell out of Death Thing as much as I could with live performances but I didn't expect to be so damn tired.

The MEV rolls on, though. Next week I'll be performing at the Badlands for the Badlands Blotter. On the 14th, I'll be at the Whip In for Francois's Frenchie Bastille Day Festival and Hoedown. Then to round things out on the 22nd, I'll be at Bookpeople's Noir at the Bar with Brad Parks.

We're not stopping there, either. I'll be announcing more dates soon.

One big surprise of this past weekend was that my mom and grandma showed up in the humid hellhole of Austin right now to be at the release party. I was pretty nervous about the whole thing but they, as always, kept me near planet Earth. My grandmother is Donna Hilbert, a phenomenal poet who has always been an inspiration to me. She's encouraged me since the day I asked her how to write poetry when I was just a little snot-nosed twerp. She also printed the first edition of the first book I ever wrote, Fat Legs. At 29 I still have the same sense of humor as 5 year old me. That's something.

In other news... Ted Cruz does terrible Simpsons impressions

Ted Cruz astounds me. He managed to do every impression with the same voice.

Now, there are people on my Facebook feed that -I shit you not- refuse to watch the video because they don't want to give Ted Cruz any more legitimacy. I can assure you, watching this video will not add an ounce of credibility or legitimacy to the walking SCOBY that is Ted Cruz.

In fact, it just adds to a narrative of his own delusion.

Nina and I went to the first showing of Mad Max on a Friday. We were the only folks in the theater. I thought it was excellent. It was a lot of fun. It was just a damn good action flick with damn good action and damn good heroes.

Luckily, Tom Hardy had as many lines as I do fingers on half of my left hand. He only delivered half of those well. The other half sounded like bad impressions of Mel Gibson's Max. Small potatoes there. I didn't go there for lines.

And in the end, like every good western or samurai movie, the hero walks into the sunset for the next adventure. 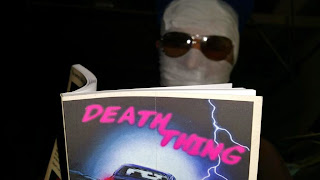 Posted by Andrew Hilbert at 7:43 AM No comments: