New Yorker Cartoon Caption Contest: The Probably Have A Repeat In Here Edition!

Wow. It's been too long. There's a whole lot of stuff to tell you about and I am working on a separate blog post for that. Until then, let's grease the gristlers with a little old fashioned New Yorker Cartoon Caption Contest! Nobody thinks they're funny, I'll never actually enter, and we all enjoy the depths of the void together! Yee haw! 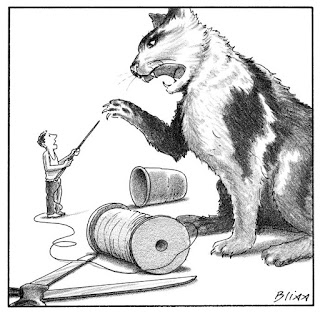 "You shit in a box, you don't give a fuck when I get home, you don't miss me when I'm gone, you'll probably pick at the skin of my dead body when I die of a stroke while taking a shit, but I love you cat. Please, do some heroin with me." 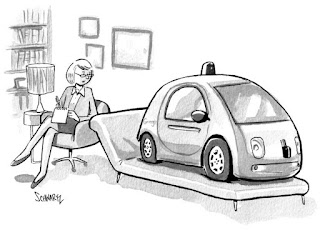 "Lately I feel like I live in a simulation run by a goddamned motherfucking algorithm and nobody gives a fuck if I live or die. I try to drive outside the lines but I find myself firmly in the middle. Like a nobody. Like a goddamn worthless nobody! Nice legs." 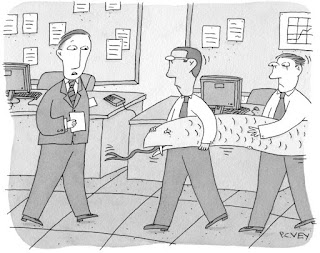 Posted by Andrew Hilbert at 10:29 AM No comments: