The Politics of Bile

I'm sitting here thinking about nothing and there's this pit in my stomach. I'm not sick but I feel like I have to throw up. It's finally happened.

The internet is making me sick.

I think it's making us all sick. 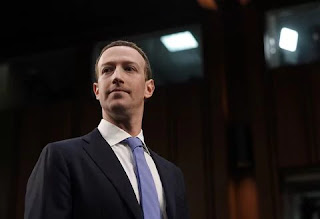 The internet itself is not bad but the way we've decided to organize within it is what is making me sick. Social networks are garbage.

Driving to work, I heard some dickhead on NPR saying how we have many selves but social networks force us to delete context and become one self. Your self at work among coworkers is different than your self in your hometown with your family. They are equally you because they are facets of you. Your personality changes with context. That's important. 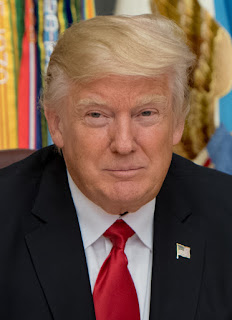 On social networks, we're forced to be the same person to everyone regardless of context. So we take an average of what we believe our different groups think of us and that becomes us. Or we take the extremes of what we are and all of the sudden, that's our new self. We're constantly yelling and screaming about utter bullshit online and we've finally merged our internet brains with our going-to-the-coffee-shop brains. You can be nice to a barista even if you're not nice about them online. It's okay. Nobody will think you're phoney. You don't have to be a Holden Caulfield monologue.

There once was a time on the internet when we didn't connect to anyone we actually knew unless we emailed them or IMed them or ICQd them or whatever. It took a desire to communicate with somebody. Communication wasn't on display for the whole world so we didn't have to have to labor over every single word so as to not betray any notion of who we were to other people in our real social networks. 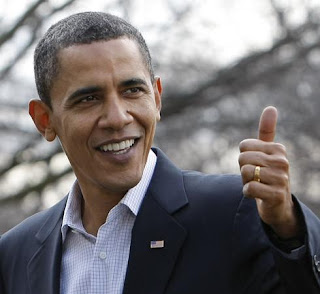 Facebook Messenger is good. I like it. It's like AIM and it's private. But the majority of what I'm talking about is how we are all projecting just how low our nutsacks dangle with our immovable opinions and shitposts.

Message boards were great because being a troll was awesome, if you were so inclined. You could choose to be a troll and nobody was the wiser. You could choose not to be a troll and still have just as fulfilling of a life on the internet. You could make two accounts and be both, perfectly happy with your dual nature. You could kiss your mama with the same mouth you kissed the gaming intelligence agency's message board filled Final Fantasy VII hentai fan art. Now we're all trolls and we're not even good at it. We're all repeating the same meme over and over again as if it unlocks some magical truth that will shame somebody who disagrees with us into changing their minds.

Nothing works and everything is disgusting. 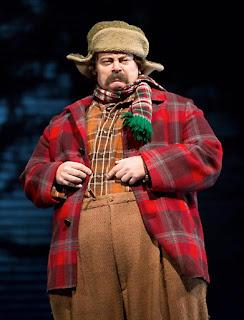 I deleted the Facebook app off my phone because I was tethered to it. I was mindlessly scrolling and getting irritated by all the posturing on there. I deleted it because I was also constantly posturing. I was tailoring my life to look one way but I'm not an actor playing a character in one movie. I'm just a person who holds contradictory beliefs and changes my mind frequently. I'm not ashamed of it. I'm being truthful and I'm willing to engage with people over a beer or over chicken wings or something but I'm absolutely not willing to engage online anymore.

I still have a Facebook because I like to keep up with people's lives and their art. I like to support people who are creating. I like to see pictures of my family and friends' kids and pets. But I don't have to see it all the time. I don't have to sift through brain-shit to get to the stuff that brings happiness. I only go on when I'm sitting at my computer. My mood has improved. I don't hate everyone. It feels great.

There are some real assholes out there and I'm not trying to say that they aren't dangerous. I'm just not willing to engage with every lie or insult out there anymore. We're all slinging feces at each other on every medium anyways. I'd like to limit my exposure to some of the shit slingers.

Fear shall consume the planet and New Yorker cartoons is all we will have for humor. We will prefer fear! 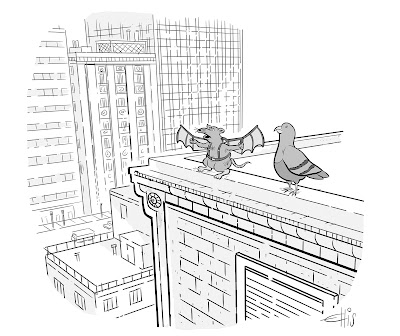 "Of course you're offended." 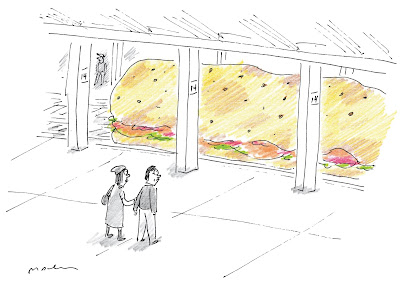 "I hope that guy who eats the bus isn't on this one." 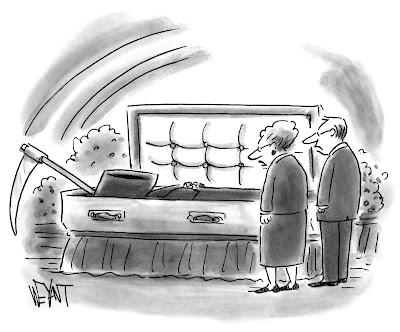 "I told him to wear a fucking seat belt."

So many cool things are happening.

First! Trey Hudson and I have started a new weirdo-genre zine called the Cockroach Conservatory. Check it out right here.  If you're a writer - submit!

We're also planning a 24 hour live telethon in the summer to raise money and awareness for our cause. Watch this website to get the skinny.

Deerman is progressing chaotically and that's the way we like it! Meet the Deerdad in the latest episode! Consider donating via Patreon here or via Paypal here. Buy a shirt here!


Max Booth III and I started a new Podcast called The Taco Summit! Check it out here.

Posted by Andrew Hilbert at 3:20 PM No comments: