It's a Hilbert Heckler tradition. I'm like Roger Ebert except I don't enter and I don't get mad when I don't win. 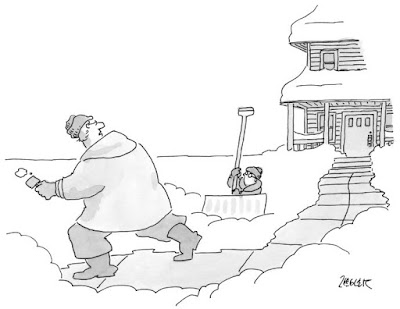 I don't want to clear the snow but that's the only way my lunatic wife will forget about beating me with that goddamn stick and leave the house long enough for me to look at the weird lumps on my penis and order Dominos pizza. 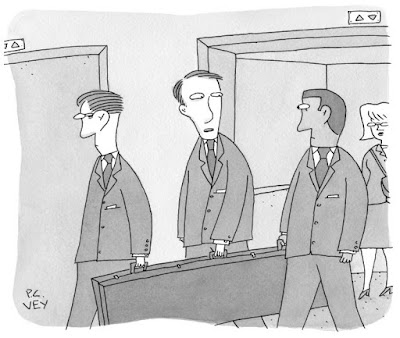 Look, I don't ask you what's in your box when you ask me to carry it from your trunk into a small, shallow grave in the desert. I don't ask why it's moving and moaning. I don't ask why it knows your name. I don't ask anything. I'm a friend and I'd appreciate it if you'd do me the same kindness, Stan. Jesus fucking Christ. 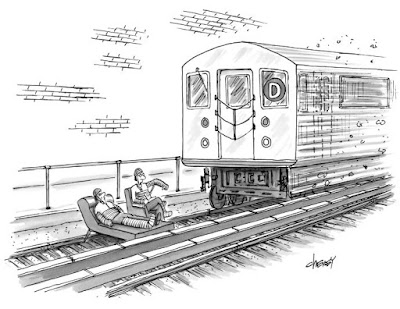 No worries, dude. The train goes backwards, too. The painful nightmare of physical existence will soon be over. Just chillax until it happens, dawg.

Posted by Andrew Hilbert at 8:07 AM No comments:

Bangface and the Gloryhole slipped out of the bathroom a little earlier than expected and is now available at Amazon.

I don't even have any copies yet. I'm waiting on that shipment from Heaven.

If you're the type that has Spotify, you might want to lend your ears over to the Bangface Spotify playlist. Put your ears on this link, close your eyes, and become one with your inner chakra-melody.

As you know, Death Thing was originally published by Double Life Press. Well, they folded and I was left with some spoiled goods. Spoiled goods that happened to be well reviewed! Spoiled goods that had sold pretty damn well by small press standards! What the hell was I to do? I republished it under Weekly Weird Monthly. Jack Arambula made the new cover. I figured a new cover would make republishing it special. Dyer Wilk's original cover was phenomenal and, as Cat God dictates, I still have a bunch of copies of the original edition. You can get it at the Weekly Weird Monthly store here. But once they're gone, they're gone.

I'm looking for new and interesting ways to promote Bangface. I'm doing the normal things like having a release party and screaming about it on Facebook, Twitter, and Instagram. I've got a few ideas about book trailers and I'm talking to a musician-friend about making some music to Bangface-isms. Any of y'all have ideas?

The official release date is April 19 so I'm not going to ramp it up to 100 until then.
Posted by Andrew Hilbert at 7:47 AM No comments:

Email ThisBlogThis!Share to TwitterShare to FacebookShare to Pinterest
Labels: bangface

I am actually waking up in the middle of the night because I am stressed out about the election.

Nina told me I said, "Shut up, Ted Cruz," while sleeping the other night.

I'm proud of my subconscious. 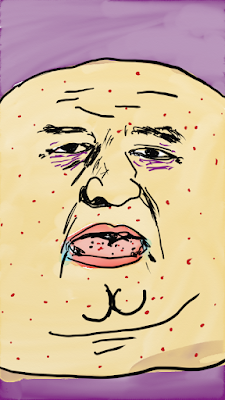 When I'm bored, I doodle on my phone. My phone has a stylus so it's a lot easier to combine tracing and doodling. People seemed really impressed with my "skills" until I told them they were mostly traced. Then they weren't as impressed. But, hey, they were impressed for a second. 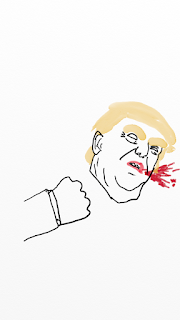 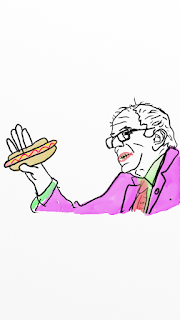 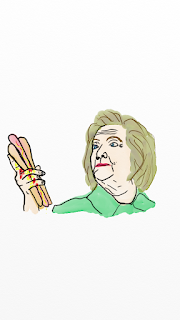 This is where the election has taken my mind. I expected at some point that I'd get to kick back, satisfied with Obama's presidency despite its flaws and just show up to vote for who I thought would best lead the country without a whole hell of a lot invested in it but this election has taught me that you have to be invested all of the fucking time.

I'll make no bones about it: Trump fucking scares me.

I'd vote for a rock before I accept Trump as President because at least you can throw a fucking rock.

Bangface and the Gloryhole is coming out soon and now I have a whole backlog of ideas bouncing around this ol' empty skull of mine that are waiting for their chance to see paper. There's a lot to write and I suspect whatever it is we're going through as a country will make some kind of appearance. Bangface already captures some of it. I didn't know it when I was writing it because when I was writing Bangface, Trump was still very much a joke-candidate.

My full length novel, Invasion of the Weirdos, is out and about with a publisher or two after the disintegration of my first publisher, Double Life Press. I'm crossing my fingers for good news there because I do think it's a good piece of work.

We'll see.
Posted by Andrew Hilbert at 9:18 PM No comments: