I recently deactivated Facebook and Instagram. Trust me, I'm not ignorant of the fact that I am posting on a Google-owned platform and sharing this on Twitter. They are both companies with the same issues that ultimately got me to delete Facebook and Instagram but Facebook was the world that I allowed to drive deep hooks into my brain and frankly, fuck it up.

These platforms stopped being fun a long time ago but I could never untangle myself. I moved from California to Texas in 2010 and I told myself that Facebook was the primary means in which I keep in touch with friends and family and if I left, I would lose contact. It was bullshit. The amount of contact I had with my friends and family outside of Facebook was sufficient enough. I'd post things on Facebook and I'd mindlessly like things and never really actually communicate on that platform. It was more voyeuristic than anything. I could peak into windows that people left open on purpose so their networks could watch them perform. It was all performance and farce.

I know a few things about cults and one of the main ways people feel trapped inside cults is that their entire social networks are in the same cult. You tell yourself that you can't leave because you lose business relationships, family relationships, and so on. Facebook is designed like a cult to keep you in and once you're in, your relationships aren't stronger because of it. You're forced to reinforce a dogma with your network to keep it comfortable for yourself -- just like a cult. The moments you do engage in debate, you're doing it for your friends that already agree with you. You're dunking on somebody for your clique to laugh and snicker at. I'm not saying there aren't idiots out there worthy of ridicule, I'm just saying we've built a ritual as a society to have very polarized discourse. We're trained to see everyone as an idiot or malicious. It is intoxicating to be self-righteous. It is intoxicating to be right. It is intoxicating to be loved by the right people and hated by the right people. It keeps us on and keeps us continually performing.

Everybody is a prisoner and everybody is a cop on social media. It's a form of the panopticon except for the fact that there is no guard. The prisoners are the guards. The prisoners monitor behavior and reward or punish constantly. They do it for free, too.

You can't create honestly in this environment. Your brain is constantly worried about how things will land and whether or not your opinion could be misinterpreted to the point that you either never state an opinion or you regurgitate word-for-word the acceptable script. We're sharing memes that are easy to agree with and easy to disagree with. We have gotten rid of all nuance because nuance is fucking boring. Nuance can't be made exciting. Nuance requires explanation and, even more, it requires someone willing to accept that there is nuance.

These small issues add up over time. They take a toll on mental health. Life has been stressful for everyone. Hostility feels good sometimes, man. But it doesn't end anymore. Everything is being framed and re-framed constantly. I've got close friends who I see as going off the deep end and we don't even talk anymore. They probably see me as going off the deep end. I've got family that believes some weird shit and it's because all of their time is spent reading dumb ass stuff on Facebook. I know these people. I know they aren't hateful but now that we all have layers of internet protection, we're comfortable straight-up lying about people and being cruel.

There are bad actors out there. There are dangerous groups. Facebook makes money off of these groups. White supremacist backed memes and facebook groups don't get into your uncle's feeds on accident. Facebook is allowing these groups to purchase ads to get them closer and closer to white supremacy. Some people say, "Well, we should be there to counter those things." You're not changing anything on Facebook. You don't have the money required to fight groups with advertising budgets that are trying to divide us. You will get drowned out because they are being fed by an algorithm that keeps them scrolling. Facebook does not care because you are worth 3 cents to sell to millions of willing buyers.

It's happening in America but this kind of manipulating users to go down political rabbit holes has real and deadly consequences in the real world. See Myanmar and Ethiopia. Facebook is a cartoon evil. There is little to no effort to curb selling your attention to bad actors. They'll sell to anyone.

We're all being fed our own reality-tunnels. Everything we do is being mined to manipulate us into giving it more attention. A little while back, I clicked on some Ben Shapiro thing. It was mindless. By accident. I don't even follow the guy on any social media stuff but now across platforms, I'm being recommended Ben Shapiro links left and right. Can you imagine actually getting stuck in that rabbit hole and having Ben Shapiro goggles on for the rest of your life? That's what's fucking happening and it's just the beginning.

We have our groups online. We have our actual friends who we have relationships with outside of the internet. These relationships are usually strong and full of context allowing us to be less punitive when a mistake is made. We give our friends the benefit of the doubt. But we don't do so for online acquaintances. We only see the performance side of their lives and we very easily build actual people into strawmen because they've built themselves into strawmen. It's probably not that simple but the internet demands us to pick a side and we usually do. I did. I pointed and laughed at idiots. I enjoyed when other people did, too. But it's fucked up and it was breaking my brain so I deleted it.

Posted by Andrew Hilbert at 9:11 PM No comments: 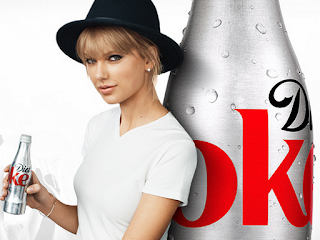 First things first, if you drink American Diet Coke you are probably a fucking Trumper who rides around a golf cart ordering supersized everything while your legs turn purple from sitting on your nuts all day. Tweedle dee, dum dums. I had Diet Coke from Portugal and I can say emphatically that none of them over there voted for Trump. Unless they are Americans living abroad in which case, they can go back to their own country and, as they say in the South, throw hands with their Savior.
Why is American Diet Coke inferior to literally the rest of the world's Diet Coke? Good question, Punchy. As soon as I stop punching you, I'll let you know.

Face cleaned up yet? Great. Here's one more punch for that old nose, Smokey. Stop smoking. It's bad for your face mask.

European Diet Coke is made with MINERALS derived from NATURAL SOURCES. The CARBONATION is squeezed out of REFUGEES in PRISONS just happy to be dying in ITALY.
Look, Americans. We might have invented Diet Coke but Europeans perfected it. There's something about their water that just has more flavor. Maybe it's the hundreds-years-old pipes it's all coming through. Maybe it's the fact that they have separate faucets for cold and hot water. Maybe it's browned by distilled bidet water and loaded with glucosomate sorbato fructose only after it's in a can and pre-shaken. I'm shook just thinking about it.

Everybody who knows anything about the history of soda (pop, in some regions. Coke in others) knows that it's just beer for Mormons and Diet Coke is just Mormon Beer for Jehovah's Witnesses. Get off my doorstep before I draw Satan's dick on it, am I right? Don't want you going to Hell for my Dark Lord worship. Can't save me boys, I'm traipsing back and forth on transatlantic flights to score me some Portuguese Diet Coke. Jesus ain't my co-pilot, he's just some guy on this flight.

You have zero excuses now. If you're not drinking Portuguese Diet Coke, which I just discovered, you're a total piece of shit and you are the reason why America is dumber than a bag of Trump. Pussies!

buy my books here or here
Posted by Andrew Hilbert at 1:33 PM No comments: