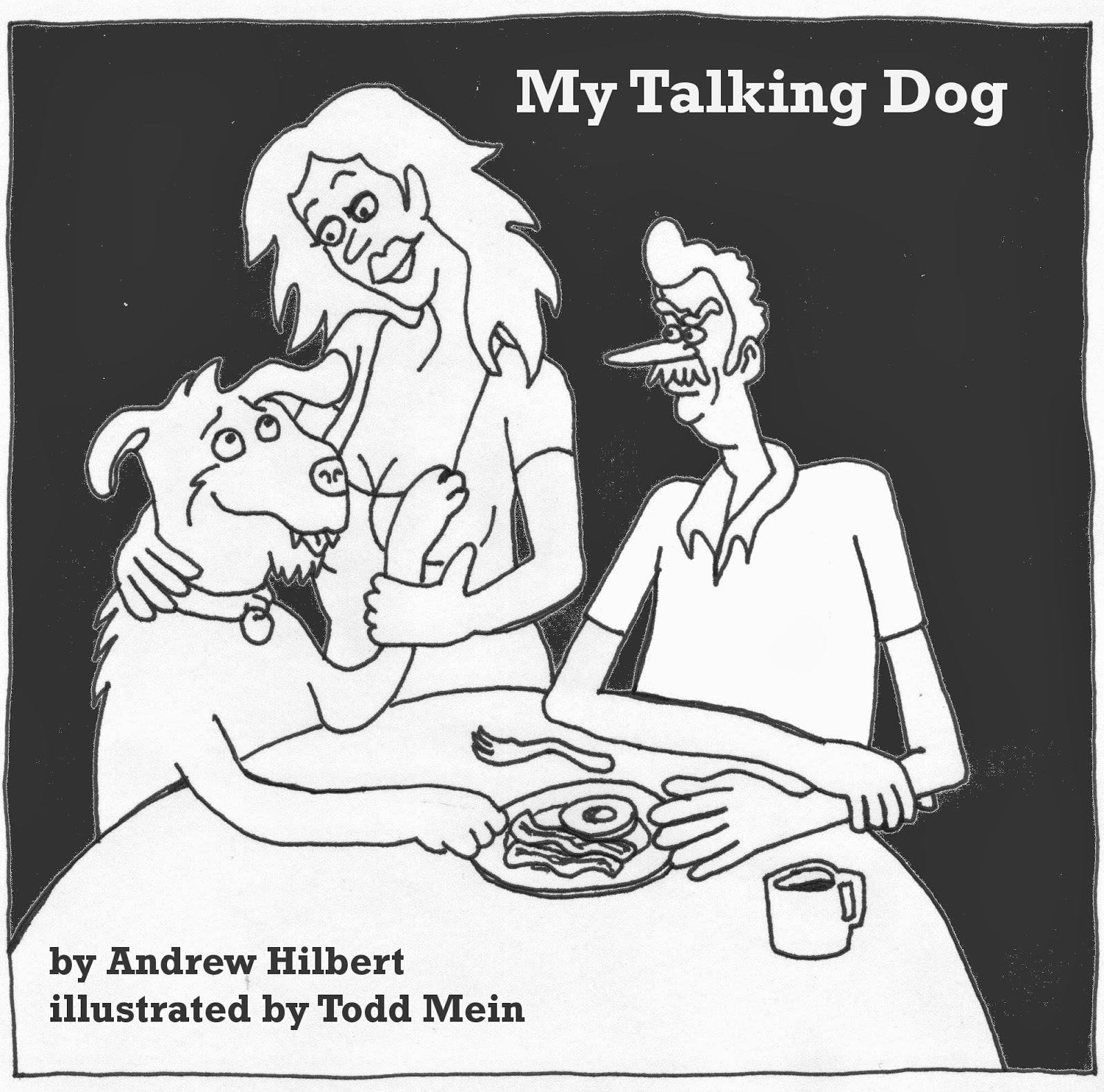 Take a listen to a story featured in Toilet Stories From Outer Space.

It's called My Talking Dog. The cover image was illustrated by Todd Mein. The theme song was written and performed by yours truly.


You can buy Toilet Stories From Outer Space by clicking here. The price includes shipping.

Below are all the images from the story. 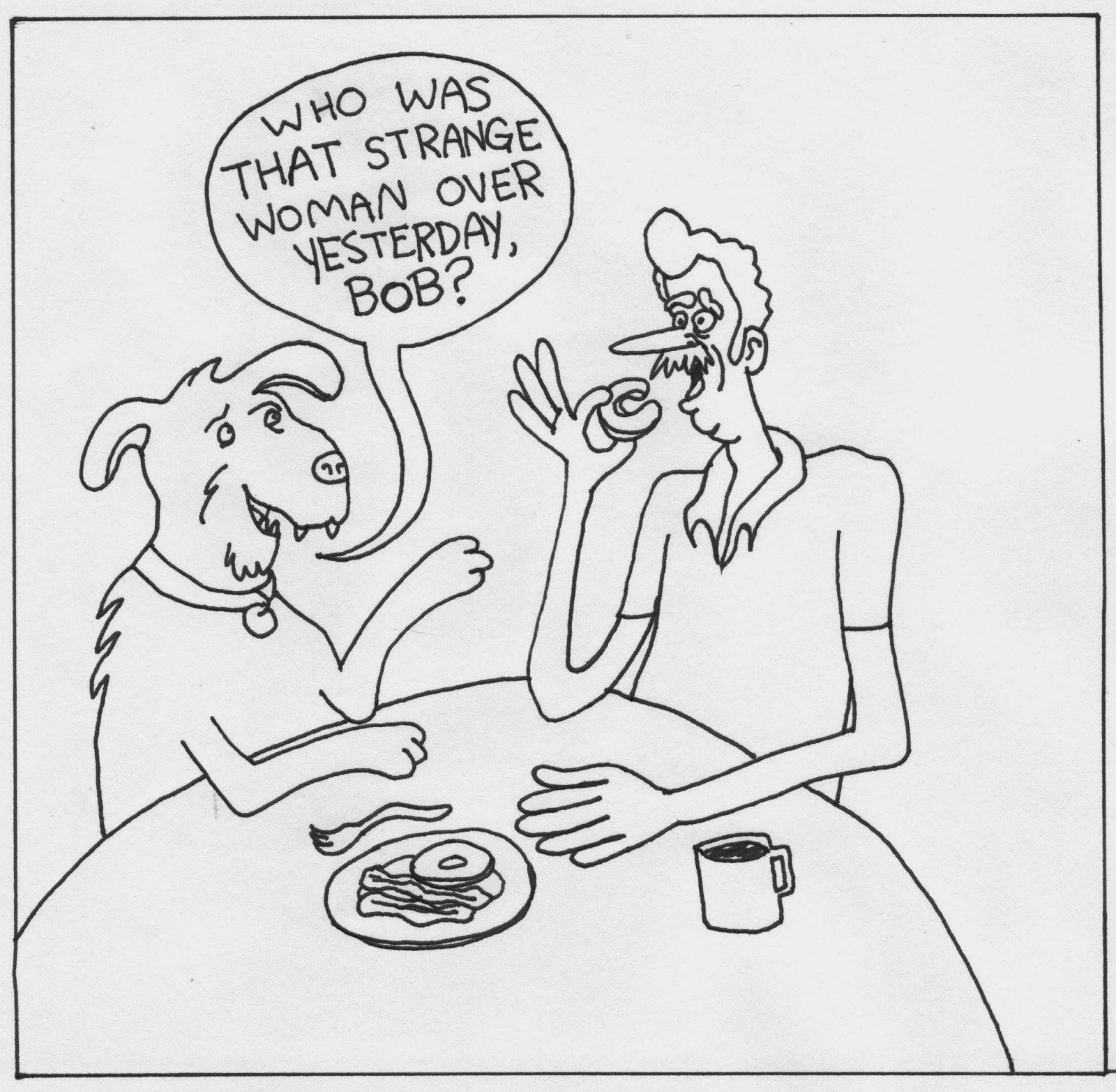 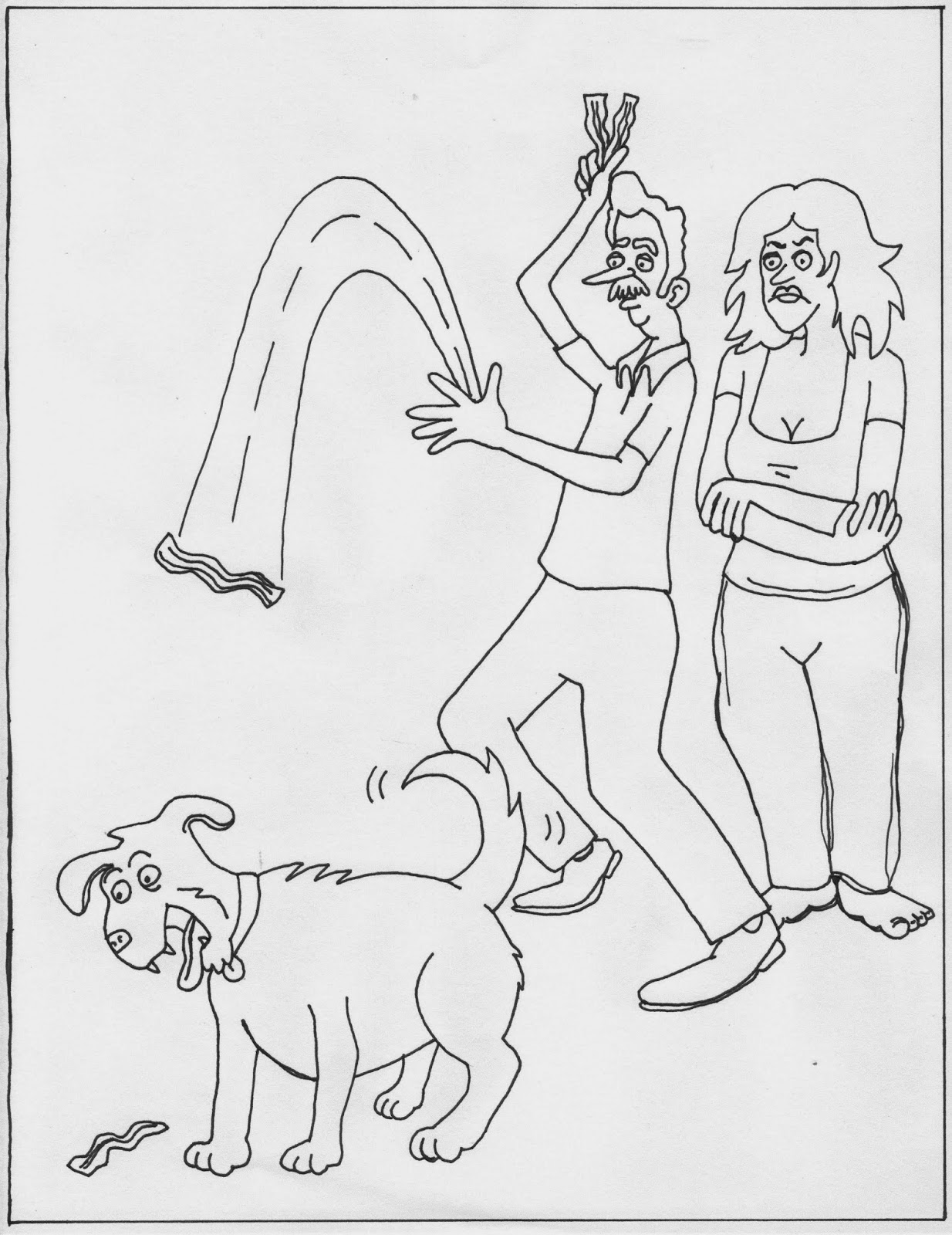 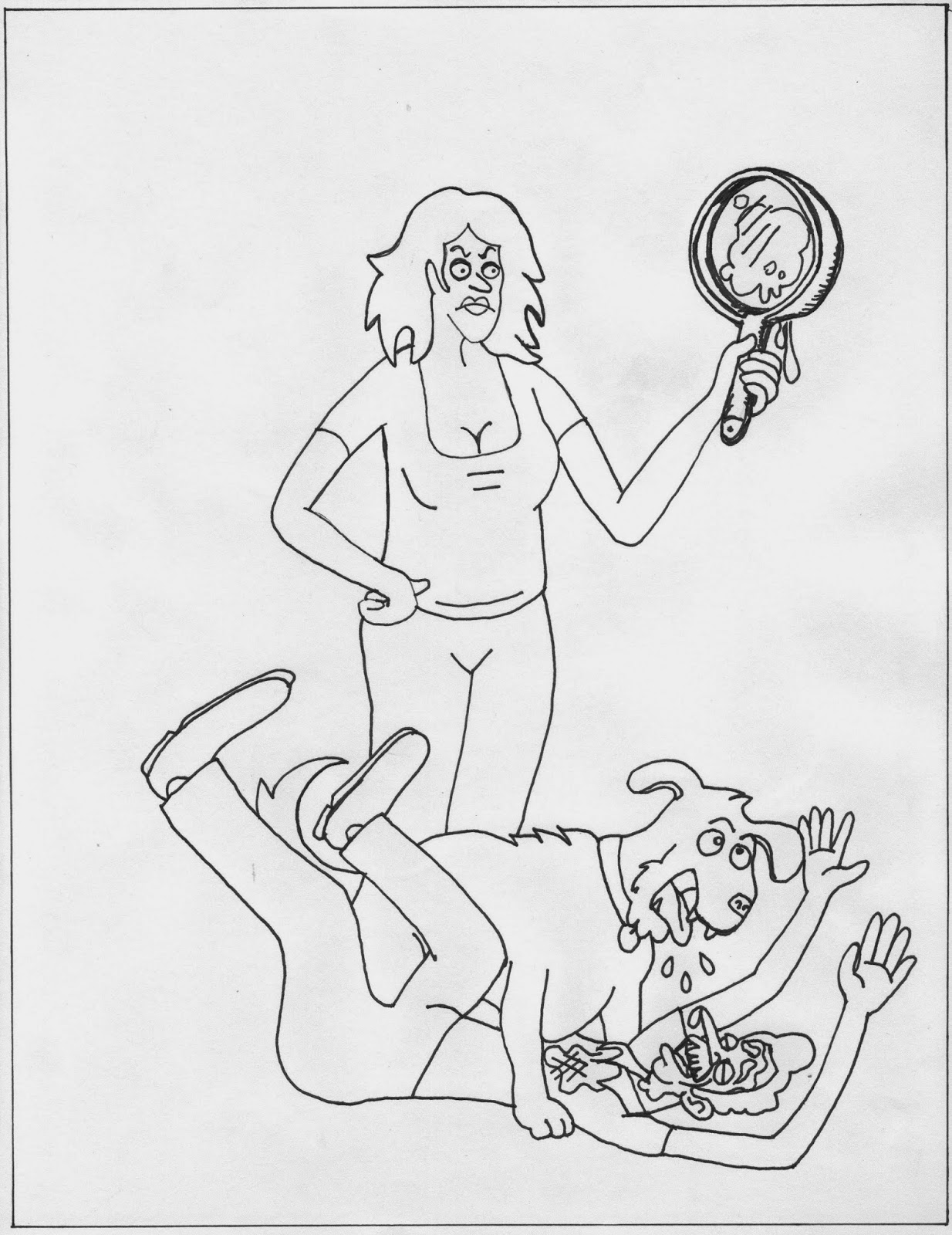 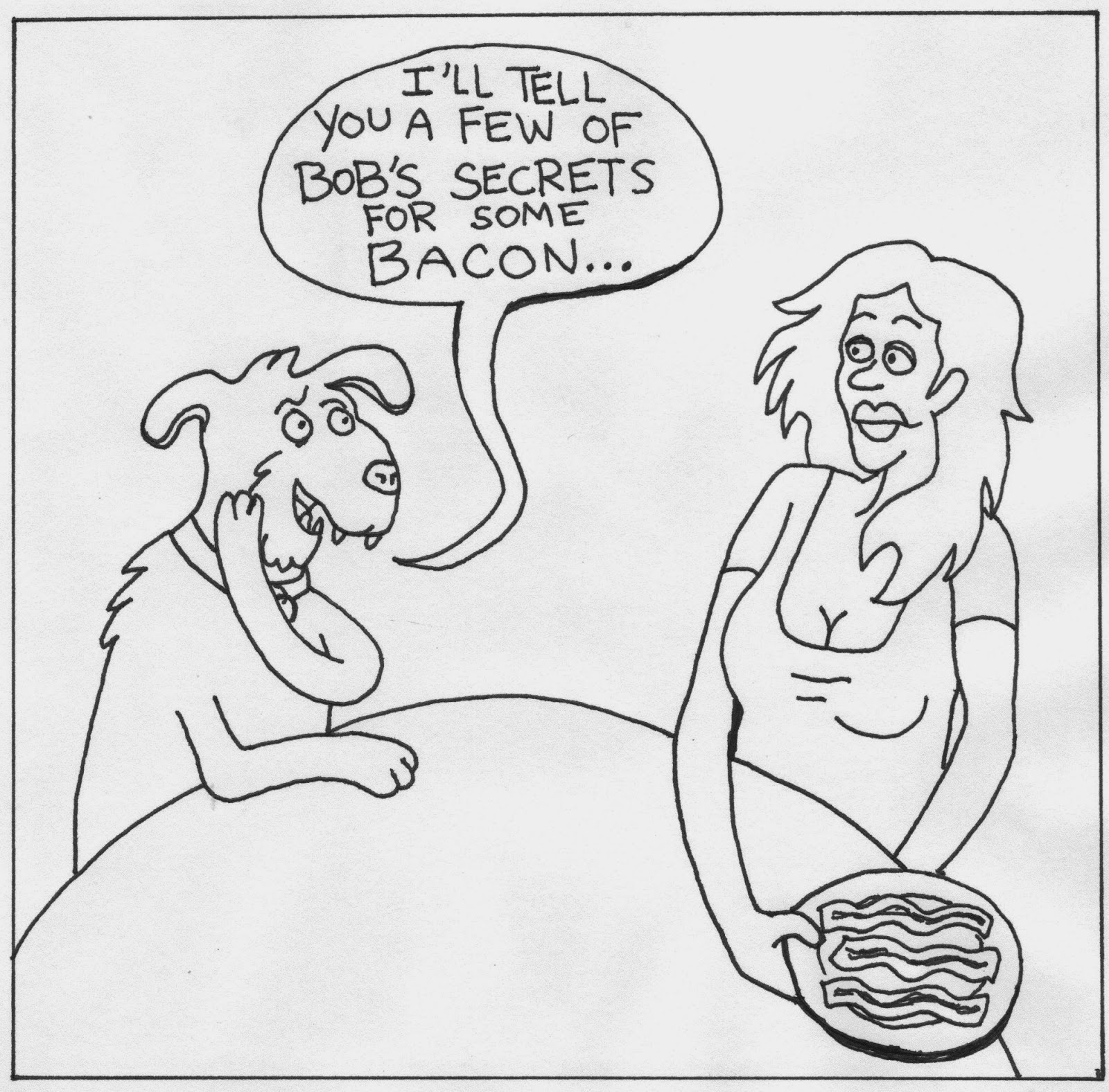 Posted by Andrew Hilbert at 2:54 PM No comments:

In my never ending quest to conquer the internet, I joined twitter.

But in the case that you do like to use twitter, know how to use it, and want to see me tell terrible jokes in some pathetic attempt to look hip, my handle is @AHILBERT3000


Posted by Andrew Hilbert at 2:23 PM No comments:

Tonight was the Texas Book Festival's TBF Hearts Indies shindig at Cheer Up Charlies brand new location on Red River in Austin, TX and it couldn't have gone any sweller.

I am one of the founders of Slagdrop and we represented the only way we knew how: haphazardly, cheap, and drunkenly. We gave away a ton of free stuff. One of the things we gave away was our magazine, Slagdrop Presents America... You're Welcome. The connect the dots bit was pretty popular with the folks there. It's good to know that great writers like Ryan Sayles, Cheryl Couture, Cortin A. Zelaznog, Clint Margrave, Gerald Locklin, Zachary Locklin, Scott Montgomery, and a whole lot more are in the hands of a bunch of Austinites right now. We must have given away fifty copies. No one was keeping count, though.

We were also giving away Jack Arambula's and my Rick Perry Scary sticker and handmade, locally sourced, 100% organic 'drink insulators.' If you stare at the drink insulators long enough, they turn into scoby for kombucha. Hippies love that shit.

The next time you drink kombucha, think about the bacteria mound called scoby that was exploited to make it.

I sold a whole lot of Toilet Stories From Outer Space chapbooks which was really exciting. The major selling point was telling folks that each story is about a bowel movement long and was clinically proven to help ease constipation by Mr. Hara-san.

But more than the personal victories, it was great connecting with other indie publishers and authors doing great things in Austin. The Austin Review, A Strange Object, American Short Fiction, Foxing Quarterly, Fields, Unstuck... all of these people are doing great things.

Austin is the live music capitol of the world, yes, but it's also home to a budding scene of indie literature that rivals the best of them. 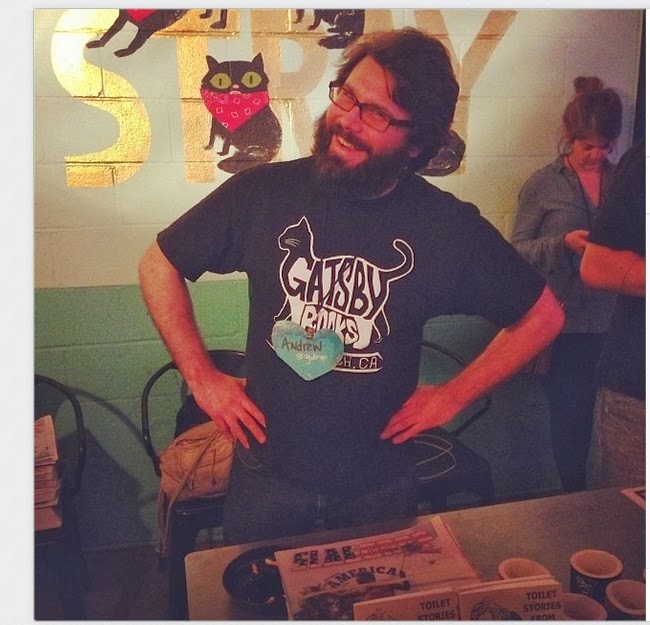 The Mule nominated for a Derringer Award 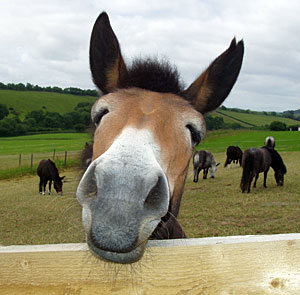 Read the Mule at Out of the Gutter!


Out of the Gutter has been good to me. I can't say enough good things about the folks that run that ship.

Joe Clifford, a phenomenal writer himself, is a tough as nails editor. When he doesn't like a story, he says it. When he thinks a story needs work, he tells you. That was the case with The Mule.

It was a decent idea and when I sent it over to them, it was still just decent. Joe sent it back saying it was missing something.

A lot of editors just accept or reject with no advice or criticism. Joe Clifford and Tom Pitts at Out of the Gutter, in my experience, really care about the craft and will send praise and criticism. The criticism is what I appreciate most.

The Out of the Gutter folks nominated my story, The Mule, for a Derringer Award. I am blown away by the honor. Read the story and send it good vibes.

Posted by Andrew Hilbert at 7:53 AM No comments: