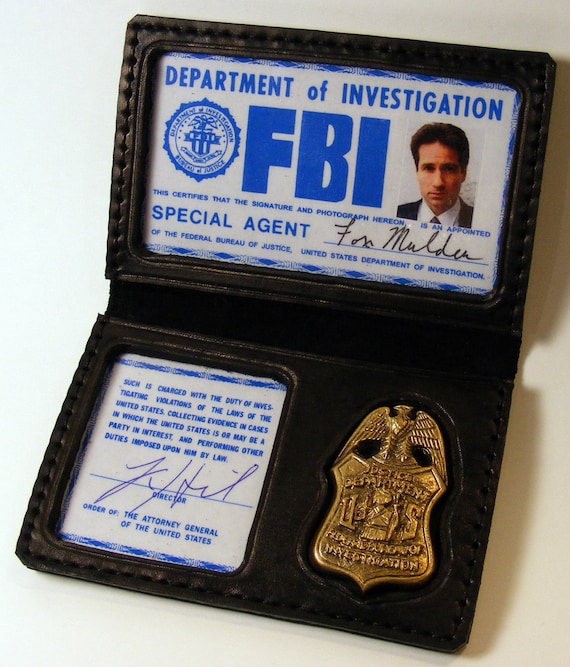 There are too many kinds of bureaucracy. I'm not even talking about government bureaucracy. I'm talking about the bureaucratization of our entire lives. You have a problem with something you purchased? Here, dial a million numbers into a phone as an automated voice continues to ask you seemingly pointless questions. I just want my damn bulk order of Cheetos, man. Where the hell are they?!

It used to be that you could dial '0' at any point during an automated session to get to a real live operator but half the time I try to pull that shit on the phone now, the Voice of Order says, "I'm sorry. That entry was not recognized. Let's start the fuck over so you will contemplate gouging out your own eyes before we can be bothered to resolve this."

I've used this service before and it works great when it actually works. I'm going on a month without any mail forwarded. Luckily, I changed my address with all my creditors so they know where to find me when they need to kill me for not paying them. I use mail forwarding to figure out who I forgot to change my address with. It happens. We have too many masters in our modern life and some are more forgettable and less scary. Let's just say some are more Jesus while others are more Old Testament jealous, angry, vengeful God.

Sitting on the phone for more than fifteen minutes is my idea of Hell. Sitting on the phone, hitting numbers, and, worse, being forced to say something to a robot is like going to Hell and getting each pube ripped off by a pube ripping maniac only to have them grafted back in and ripped off again. I'm talking full-pube. Taint pubes included. The robot couldn't understand the word, "No." I had to say it over and over again. It failed each time.

Worse is when the robot doesn't tell you what to say. It just says, "Hey, man, say some shit into the phone and we have a less than one percent chance of understanding you because AI is still stupid as fuck right now."

It's not like talking to people is any better. I don't even have a strategy any more. I used to be very good at getting people to listen to me and I used to be very understanding. Now I just sob into the phone and hope they can pity me in the short time before it takes them to get aroused by an innocent person's pain.

Can I battle bureaucracy? No. I have given up on any kind of idealism and passion when it comes to the modern world. We have accepted our overlords and their desire to have as little contact with us as possible. We have GMail and Facebook and Amazon and they make life so much easier. They work 99% of the time, too. It's when they don't work when you realize how faceless everything is.

GMail, cool. Take my private conversations and send it to the government as long as I can get an email from whatever most of the time. Facebook, sweet. Tag my friends automatically in my photos. I don't have any so your job is very easy. Amazon, sweet. Give me 25% off of something that's worth 50% more than it's being sold for but where the fuck is my bulk order of Cheetos, man!?
Posted by Andrew Hilbert at 1:35 PM No comments:

It's a Hilbert Heckler tradition! Sporadic posting of my own New Yorker captions that I will never enter. I'm not Roger Ebert, folks (may God rest on his soul).

Has anyone ever laughed at a New Yorker cartoon? Has anyone ever said, "That's funny," while reading one? If you have, you are an automaton. Good night. 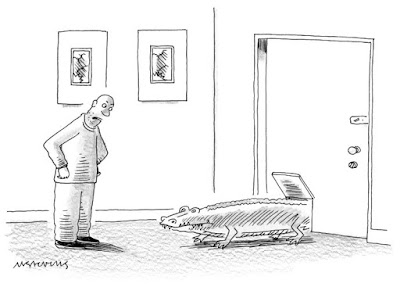 Oh, look who's fucking here. The crocodile that ate my wallet. Are you going to say sorry or do I have to send you back to the crocodile killing robot? 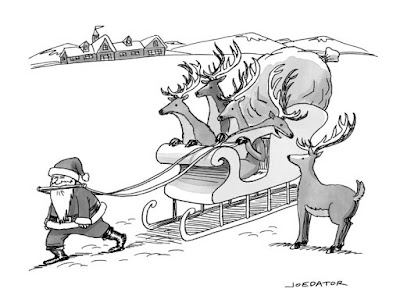 We finally convinced him that it tasted like chicken. 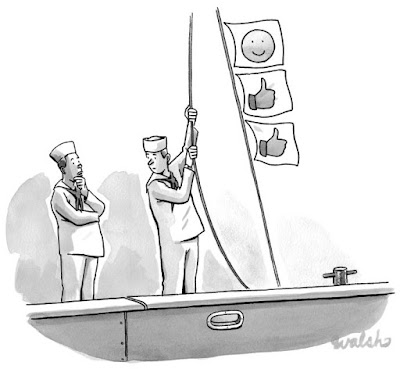 Posted by Andrew Hilbert at 9:00 AM No comments:

Starting the new year off on some kind of foot

If you've spoken to me or seen any of my online conversations, you'll notice I've been using the excuse of, "I'm in the middle of a move," quite often. I love having a built in excuse for everything. It's like blaming the rain. But it's also a valid excuse for me. It's hard to pack everything you've accumulated over three years into a Honda Civic and into a storage unit.

It's not hard for me to shed things, though. I can take one look at something that used to mean something to me and say, "Fuck it," and throw it in the trash. I can't do that with books. I've donated some books, sure, but the majority of books I have stay with me. And books take up a lot of space. A boxful of books is also pretty damn heavy. When I put a box of books on my front passenger seat, the seatbelt warning goes off.

So it's taking a long time to get moved. 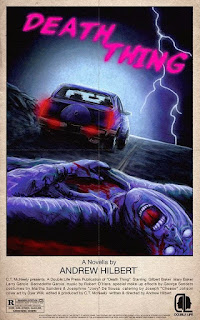 2015 was a good year. Death Thing was published, it was well-reviewed, and seemed to be selling well. I met a lot of good folks thanks to Death Thing including Danny Gardner and Will Viharo. Both these guys are top class writers. Look at the bottom of this blog post for some buy links. You really should read their work.

One thing that binds us is we all wrote for Double Life Press. Craig McNeely picked Death Thing up and commissioned a great looking cover by Dyer Wilk. I'm convinced the cover is half the reason a lot of people picked up the book in the first place. Alas, as with a lot of small presses, Double Life Press couldn't keep on in the midst of uncontrollable circumstances outside of the press. Any bystander could see the quality of work Double Life Press was putting out and think that DLP would be around forever. Hell, I thought they would be.

It should be made clear that I am incredibly grateful for the work Craig McNeely put in for me. Death Thing getting published was a career milestone for me and I am grateful for the experience. DLP closing means I have regained all the rights to Death Thing and am free to do what I want with it. At first, I thought I was going to try to get it republished by another small press but it's already been published and a lot of mileage it got early on is probably about as much mileage as it's going to get. It probably wouldn't be worth it to republish Death Thing unless something big happened (I'm working on getting something big to happen).

Instead, I've decided I'll probably have Weekly Weird Monthly reprint Death Thing to keep it in print and available for people to buy while hopefully retaining the reviews that were left on the original printing. I will try to get the sequels to Death Thing published at other small presses because there are a few more Death Thing tales to be told.

I read at Malvern Books in Austin, TX last night to promote Death Thing and Cat Food. The reading went very well. Before the event started, I was looking through the Facebook event page to see who all had RSVP'd. I saw the name MP Johnson and turned to Nina and said, "That's gotta be a mistake. He lives in Minnesota." It was no mistake. He pulled up and came to the show. He's escaping the winter in Minnesota in Austin; a wise decision. I first read MP Johnson's work at Out of the Gutter with a story called "Woods Porn." It was the weirdest fucking thing Out of the Gutter has ever published and I loved it. Unfortunately, I can't find the link to it either because I'm inept or I've slipped into a parallel universe where that story never existed. 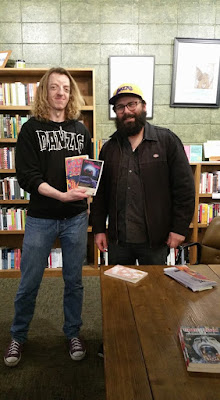 MP with me and my unruly beard. I really hope he digs the books.

It was also nice to see some old faithfuls come out to hear me read when they've heard the same bad joke ten times. They know who they are.

2016 is going to be a big year. There's a lot planned for Weekly Weird Monthly. First up is Cheryl Couture's chapbook Beauty Pageant. After that, Sam Trevino's chap of poetry, Let Me Take Off My Wolf Mask and my own novella, Bangface.

It's going to be a good year. Start it off right with some reading material: 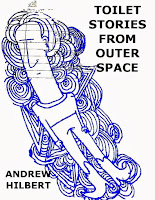 Hard-Boiled Heart by Will Viharo

A Negro and an Ofay by Danny Gardner


Posted by Andrew Hilbert at 8:28 AM No comments: