Folks, I've been on a little bit of an internet-fast lately.

But Death Thing is coming. 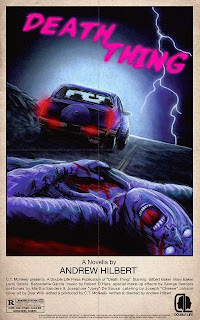 The wonderful Double Life Press is publishing it. The one and only Dyer Wilk created the cover image. It looks great and I hope you'll enjoy it.

Meanwhile, I've finished the novel I was working on for awhile. It's called Invasion of the Weirdos and I'm currently doing some final edits. I think it's pretty darn good but I'm not sure it will have a home right out of the gate. It's a weird one.

I have a whole bunch of ideas bouncing around and I wanted to tell you that I'm not resting on my laurels. I'm back at the writing desk (which is just my couch and a coffee table in near total darkness). 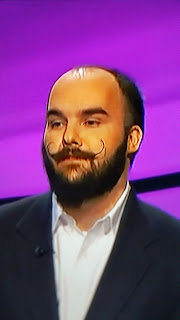 This guy just wagered $5 on a Jeopardy Daily Double because of course he did.