All of you Ronald McDonald hating fascists are just regurgitating fifty years of Burger King propaganda.

There never was pink slime. Their meat was never gray. Their Filet-o-Fish sandwich was never made up of flash frozen yeast infection. 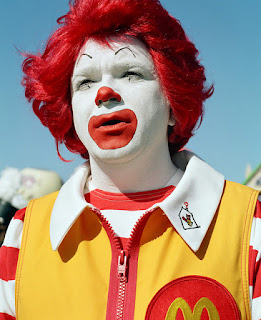 That was all put into the FAKE NEWS to make you sound smart as you chomped on your Wendy's burgers.

Let me take a few steps back.

SQUARE BURGERS? SQUARE FUCKING BURGERS?! That's a logistical achievement, not a culinary one. The Clown said, "I'll take the haypenny hit on having my burgers look circular like God intended. I'm not about to fit and extra half pound per box just to save a few cents on gas or whatever the fuck Dumb Ass Dave is cooking up at his little burger chain." 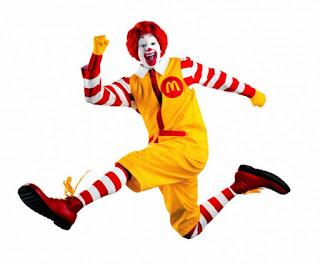 Burger King: what are you thinking? Have you ever been to a Burger King you haven't been stabbed at? I've been stabbed fifteen times just walking through the parking lot. It's a miracle I'm here today. They were stabbing me with paper crowns. "They" were my nephews and nieces who were so pissed at me for taking them to Burger King that they tried to kill me with their crown. There's a metaphor there. "Why couldn't we go to FUCKING JACK IN THE BOX, Uncle Andrew? At least there, I have to eat before I throw it all up!" Good point, imaginary niece. Good point.

Speaking of Jack in the Box; does it even know what it wants to be? Their tacos look like the contents of a treasure box in a women's restroom but they taste pretty good (so exactly like the treasure box in a women's restroom). Their egg rolls could fool any Panda Express slogging punk ass. They have seasoned fries. They also have burgers which makes Jack in the Box the Taco Bell of burger joints. 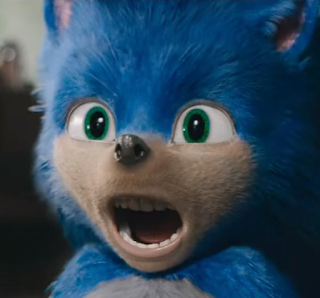 Taco Bell has seven ingredients that they just recombine over and over again and make a dumb name for. What is it? It's a taco wrapped in a burrito. It's a Buraco. What is it? It's a fully formed burrito stuck into a taco shell slathered in refried beans with a gordita shell plopped onto it. It's Gordurritaco. That's all Taco Bell is. The best thing about Taco Bell is when they ask if you want hot sauce and you say yes, they either dump every packet they've ever made in your bag or give you like two for fifteen tacos. Bernie Sanders isn't president yet, y'all and I've been told both these scenarios are likely under Bernie Sanders. 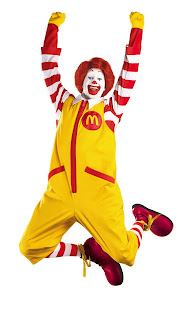 If you don't live in Texas, you don't care but every Texan I've ever heard pronounce Whataburger pronounced it WATERBURGER. It's so ingrained into our collective that I went to a food truck recently with a WATERBURGER on the menu and I had to ask, "Is there meat in that burger?" The guy looked at me like I was crazy but while every other menu item listed their ingredients fully, the Waterburger listed everything but the meat. "Yeah, it's called WATERBURGER because there are water chestnuts in it." Look, I don't call my burger an onion burger just because I put onions on it. I don't call it a lettuce burger just because I put lettuce on it. It's either a burger or it's not, buck-o. It was pretty good. 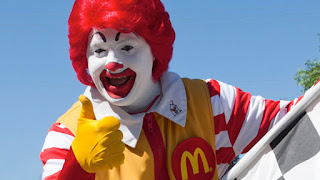 So how about those elections, eh? Wild stuff.
Posted by Andrew Hilbert at 8:33 PM