Movies you don't want to see reviewed by someone who didn't see them: February 2017 edition

Welcome to another edition of MOVIES YOU DON'T WANT TO SEE REVIEWED BY SOMEONE WHO DIDN'T SEE THEM. 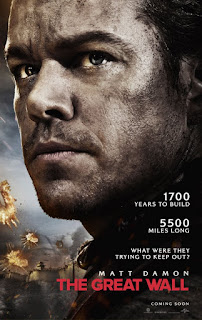 This movie means business. Matt Damon stars as Billy Chen-Lee Jones, an entrepreneurial college substitute professor who discovers an ancient symbol in the appendix of one of his math book answer keys. He's half Chinese, of course, so he automatically knows that this symbol is a map to the real meaning of the Great Wall. It wasn't to keep out the Mongols! No, it was to keep out an alien race of ghosts called "White People." Billy Chen-Lee Jones discovers this secret and falls in love with a starving laborer at the foot of the wall. She dies, of course, because there is no happiness for a modern hero. He resolves to climb the wall and be the first to ever get to the other side. What was the Great Wall hiding? Billy Chen-Lee Jones discovers it was hiding his personal journey towards a relationship with Christ. It's directed by Mel Gibson and is the sequel to that one fucking movie.

I give this movie one upside down cross. 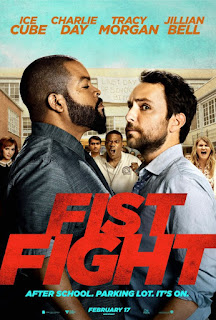 Movies should never advocate fighting. I hated this movie with every ounce of my being. Two grown men with gainful employment spend all of 121 minutes (because a movie is legally not allowed to be under 2 hours anymore) beating the shit out of each other. Remember that 20 minute scene in John Carpenter's They Live when the two guys have a metaphorical sex scene but instead of dicks and butts, they are just raining down fists on each other? It's like that but sprinkle in a few irritated-Cube looks and trademark Charlie Day confused-face and some Tracy Morgan yelling and... you get the picture. Make sure you watch all the credits. There's promise that a superhero never seen before in the Marvel Cinematic Universe puts on a cape and looks at the camera.

This movie gets one stern talking to from me. 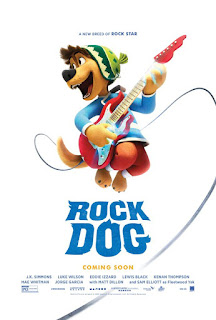 Y'all remember Rock Dog's seminal album, This Lipstick Squirts For You? It was a great rock concept album of the early aughts that influenced a whole bunch of jingles for dog food commercials and was a tail-wagging and eye-opening moment for dog food marketers on how to incorporate sex into advertising to animals. Tragically Rock Dog collapsed under the weight of Fame, his feline drug dealer with whom he maintained sexual relations. He once famously said, "Hell, yeah I'm fucking a cat because a bitch just gives me a litter. A cat doesn't say shit, just puts her pants back on and gets on with her day." It was a low-point of his career. Jay-Z, inspired by Rock Dog's comments wrote 99 Problems. Rock Dog saw this as an insult and the two never spoke again.

Now that I've given you the rundown, which I'm sure you didn't need because Rock Dog was such a big part of millenial culture, let me tell you about the movie. This movie is about Rock Dog as he lived and died. Sure there's a little bit of the same old, same old biopic airbrushing (Rock Dog wasn't really all that involved in the anti-neutering marches of 2003) but all in all, it's about as balanced as you can get for doggumentary on a fucking dog.

I give this movie one reserved arf and two newspapers to the nose.

Email ThisBlogThis!Share to TwitterShare to FacebookShare to Pinterest
Labels: Fist Fight, Movies You Don't Want to See Reviewed by Someone Who Didn't see them, Rock Dog, The Great Wall