Here are a few discombobulated thoughts on The Young Pope.

Scroll past this picture of Diane Keaton, the picture of Jude Law, and the image of the Young Pope to read my spoilery stuff. 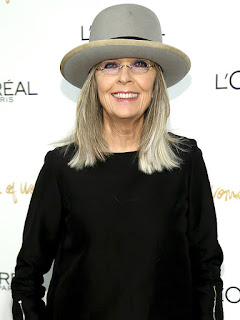 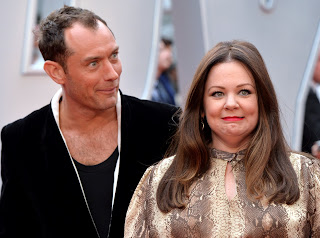 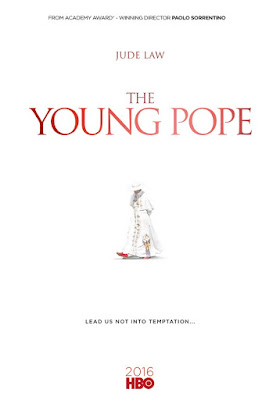 Ever since I learned McNulty in the Wire was played by an Englishman, I've discovered I can't see Brits do American accents. There's something about the mouth movement that I can't place but it's a huge tell right away. Idris Elba's accent for Stringer Bell was pretty good and didn't suffer from the same visual cue as the Jude Law and Dominic West's did but it would drop off in consistency.

Shows on HBO have started to take themselves incredibly seriously. Was there ever a moment of levity in Westworld? It's like House of Cards. Everything means something, every action is melodramatic, ominous, and dark. The Young Pope does not seem to suffer from this. It is a dark and ominous show, sure, but the jokes are there and they are funny. They also serve the darkness and mystery of the show. I think dramatic shows are too scared to do humor too often. The Young Pope excels.

There was one time, years ago, I was smoking a cigarette outside of BookPeople on my break. A co-worker came up to me and asked me if I was killing a Bishop. I looked at her dumbfounded. She pointed out that if you didn't ash a cigarette, you were killing different members of the Catholic hierarchy. Get to the filter and, presumably, the Pope eats shit. Now, I don't know if this has any bearing at all because I have never been able to confirm this anecdote on the internet (please comment if you have any insight) but the show focused a WHOLE lot on the old-as-God-himself's cigarette. It was burning, un-ashed, all the way to the filter. This was no accident. Why? Because certain shots had the cigarette in different states of smoked but whenever there was a close up of his face and the cigarette, the ash was all the way to the filter without breaking.

It was a good premiere. I'm intrigued. There's an absurdity to the seriousness which is another huge plus for me. It seems to be focused on hubris, populism (with the elevation of very low-on-the-totem-pole Sister Mary and the promises of upward mobility to whoever the priest was who was taking confession), and narcissism. I don't know where it's going and if Westworld is any indication, it could crumble in the next two episodes. So far, it's good.

Posted by Andrew Hilbert at 7:46 PM