Oh boy, folks. Oh boy. That's about all you can say when the guy whose face looks like it broke a hydraulic press takes the place of actually qualified military officials on the National Security Council. I'm talking about Steve Bannon who, for as long as I can remember to, shall go by Steve Badman. Whatever happened to, "I'll listen to the generals?" Turns out he was talking about GENERAL FUCKING HOSPITAL. 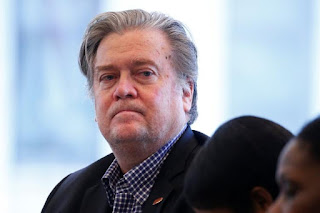 He's broken a few hydraulic presses in his day and played a villain in General Hospital. He died of racism on the show.

There were other things to lament, folks. The Muslim ban is ongoing for countries that don't have any Trump money tied up in them. Saudi Arabia dodged the ban list somehow.

In these trying times, what better way to unwind than another edition of my stupid captions for the world's smartest stupid cartoons? 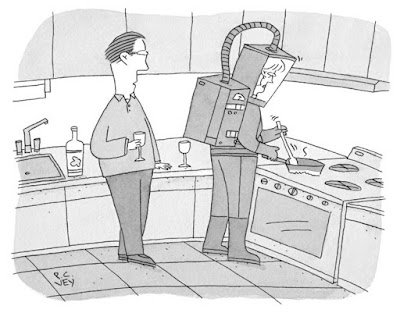 You're taking your fear of my crippling syphilis a little too far. 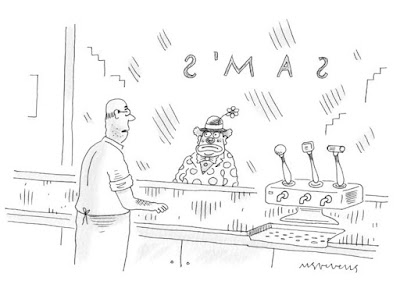 Listen, you fucking clown. I'm not serving you. I don't care if you've had a long day. I don't care if you got cream pied in the face fifteen fucking times. You want a beer? You're going somewhere else because I am sick and tired of you dropping dingleberries behind my toilet seat. Jesus. Sit down when you wipe. 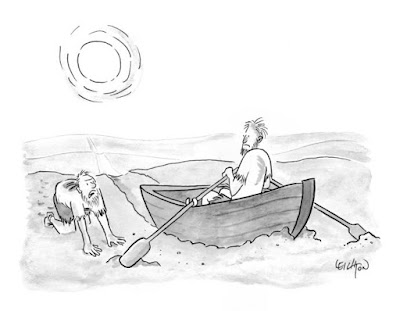 The world is an endless void of terror. Rowing a boat through sand is an admirable act of defiance but we'd get home a lot quicker if we crawled.

Buy Cat Food
Posted by Andrew Hilbert at 10:46 AM